Here are the current NBA statistical leaders up until Sunday, 12-4-16. We are going to list the top 3 players who lead the league in points, rebounds, and assists.

When we were writing our 2016-17 NBA Preview, we looked back at the development of Russell Westbrook, starting from his days at UCLA where he began as the 6th man. After we were done evaluating his college days and his NBA career, we felt very secure in selecting him as the NBA MVP in our preview. That selection looks like it might be the right one.

What the 6’3″ point guard has done through the Thunder’s first 20 games (12-8) is something the NBA hasn’t seen since the days of the Big “O’, Hall of Famer Oscar Robertson. The 28-year old is averaging a triple-double and has been the best player in the NBA. While Kevin Durant left OKC in free agency to form a super power in Golden State, Westbrook signed a contract extension with the only NBA team he has ever known. In doing that, his popularity has soared. It doesn’t hurt that he plays every possession like it is his last.

Those are the stats that the California native is averaging. We already believe that Westbrook hit super-stardom last season, when he averaged 23.5pts, 10.4ast, and 7.8reb for OKC. That’s when he had his tag-team partner in Durant. Now without him, he is doing this with no star player next to him. Teams are trying everything to stop him, however nothing has worked.

Westbrook is one of those elite athletes who has worked extremely hard to become the player he is. The Thunder envisioned NBA World Titles with Durant and Westbrook leading the way. It is now a 1-man show in OKC. As Thunder management work to get a legitimate star to play alongside #0, his legend continues to grow. Just sit back and enjoy the show.

The only way we see a scenario where they play on the same team is if a 3rd team got involved. Guard Eric Bledsoe has also stated that he would love to form the Kentucky “Big 3” as he also was a teammate at Kentucky with Cousins and Wall.

Cousins is arguably the best center in the NBA and Sacramento would have to get back serious talent/draft picks if they were to unload him and vice versa for Wall and Washington. While it would be enjoyable to watch these players join forces, we just don’t see how it could happen now. Although, everyone knows that star players run the NBA so never rule anything out.

DO YOU THINK WALL, COUSINS, AND BLEDSOE WILL EVER PLAY TOGETHER?

Please leave your comments in the section below.

A new edition to our “NBA News Today” posts is going to be “NBA Rumors”. Each week, we are going to examine the main rumors that are floating around in the NBA. It can be disgruntled players, coaches on the hot seat, or possible trades. This week, we will only be posting a few rumors we are hearing about. Next week, we will be writing our opinions of each rumor. Here are what we have been hearing about from the last week.

IS PAUL GEORGE ON THE TRADING BLOCK?

As hard as this news is to fathom, there are rumblings that the Boston Celtics are thinking very hard about offering a substantial package to Pacers general manager Larry Bird about trading for superstar Paul George. While we don’t believe a trade will happen, the Celtics would be one team that would be able to get a trade done, due to the resources that they have at their disposal.

This is the main proposal we are hearing about the most:

OUR TAKE: The NBA is a star driven league. In order to go far in the playoffs, you MUST have at least 1 superstar, really 2 or 3 if you have NBA Title aspirations. However, if you are thinking rebuild, the NBA Draft is the best way to go if you are looking for the next young superstars. The Celtics have a ton of first round picks at their disposal and the 2017 NBA Draft is a potentially great one.

We aren’t going to say if we believe this would be a good trade as we will leave that up to you.

DO YOU BELIEVE THIS WOULD BE A GOOD TRADE FOR BOTH TEAMS?

Leave your comments in the section below.

All-Stars DeMarcus “Boogie” Cousins and John Wall haven’t been shy about their affection for one another. The former Kentucky Wildcat teammates have admitted that they would love to team up and form their own dynamic 1-2 punch.

While both players are currently signed with their teams for the foreseeable future, rumors have floated around the last2-3 years that Cousins is unhappy with the state of the Kings franchise and management. He basically ran ex-head coach George Karl out of town and did have the “problem child” label attached to him early in his career, although to his credit, he has not been a problem recently.

Here are the top 3 rookie leaders in points, rebounds, and assists through Sunday, 12-4-16. There are a few changes in the rebounds and assists categories as some rookies are starting to receive more playing time for their respective teams.

Although the Denver Nuggets have struggled this season with a current record of 7-13, they have the looks of a promising back-court. Emmanuel Mudiay, who was the Nuggets first round pick in the 2015 NBA Draft, is a very talented player (14pts, 4,7reb, 4.4ast) and is only 20-years old.

In the 2016 NBA Draft, the Nuggets selected Mudiay’s back-court mate for the future. With the 7th overall pick, Denver tapped former Kentucky star Jamal Murray as that player. We were very high on the 6’4 SG coming out of college after he had a stellar freshmen year for the Wildcats.

Murray started the season off slow, however he has started to show off his talents that made him such a high draft pick. He is averaging 9.9pts, 2ast, and 2.8reb, while playing 22 minutes per game. There were thoughts among NBA personnel that the Canadian born Murray would be able to make the conversion from SG to PG. The Nuggets so far haven’t been playing him at the PG position and we believe he won’t. His ball-handling and play-making abilities, in our opinion, are not strong enough at this time to make that happen. Also, Mudiay is proving that he has the talent to become a full-time PG in the future.

What Murray is best known for is his shooting. He was regarded as one of the best shooters in the 2016 NBA Draft. While he is shooting an underwhelming 38% from the field, we don’t have any long-term concerns about him. He has a beautiful shooting stroke and should improve upon his % once his ball-handling improves. He has had problems creating his own shot so far.

We believe Jamal Murray is going to be a fine NBA player. At only 19-years old, he is one of the youngest players in the NBA. Once he gains more experience and improves upon his deficiencies, him and Mudiay are going to form a fun tandem to watch.

To view all 70 of our NBA Rookie Player profiles, CLICK HERE.

TO ORDER ALL YOUR NBA

APPAREL AT THE NBA STORE!

<div class="at-above-post addthis_tool" data-url="https://inthegymrange.com/nba-news-today-2-28-17/"></div>13th Edition   In this week’s edition of “NBA News Today’, we have our opinions on the block-buster trade between the New Orleans Pelicans and Sacramento Kings

<div class="at-above-post addthis_tool" data-url="https://inthegymrange.com/sign-up-for-our-free-newsletter/"></div> We will be publishing a FREE newsletter at the beginning of each month. All you have to do is sign-up using the pop-up form. Our FREE newsletter will 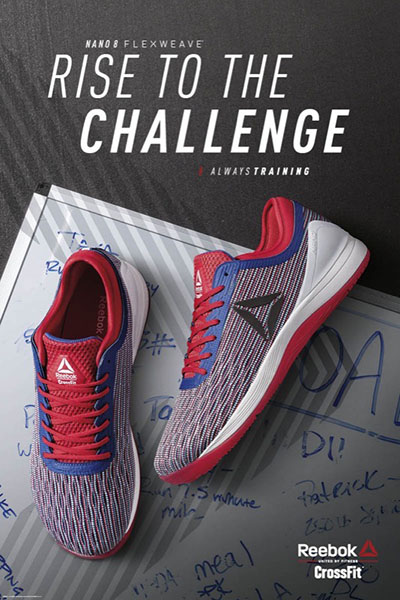 GET IT NOW! Excellent memorabilia at great prices!