CHOSE MICHIGAN STATE OVER:  MICHIGAN, NC STATE, AMONG MANY OTHERS

NBA COMPARISON:  GARY HARRIS WITHOUT THE JUMP-SHOT AT THIS POINT IN TIME BUT BIGGER AND STRONGER

PLAYER SUMMARY: Michigan State Head Coach Tom Izzo landed one of the best pure scorers in the class of 2016 by acquiring Langford’s services. He has the type of game that should thrive in Izzo’s system as he is a tough 2-way player, which Izzo wants in his players.

The 6’6″ shooting guard is very aggressive when the ball is in his hands. As a junior, he averaged just under 25 points a game. Langford possesses very good athleticism and strength to overpower high school players. He is an excellent and willing passer for his size and position. The future Spartan is an above average ball-handler, which should improve in time. He shows the ability to be a very good defender, which is a must when you play for Michigan State. When watching game footage of Langford, he shows a very mature and polished game that belies his age.

The 19-year old will need to work on his jump-shot. Like most high school players, it is inconsistent at this point in time. If and when his jump-shot improves, he has a good chance to make an immediate impact for the Spartans and could crack the starting line-up.

When watching Joshua Langford play, he reminds us of a current Spartan and future NBA player, Denzel Valentine. There are many similarities in their respective games. If Langford is receptive to the excellent coaching he will be receiving in East Lansing, he has a chance to be an excellent college basketball player as well as a future professional. He shows a very high upside due to his size for the SG position and natural athletic gifts.

BELOW ARE HIGHLIGHTS OF JOSHUA LANGFORD

WHAT DO YOU THINK OF JOSHUA LANGFORD?

ORDER YOUR BACK TO CAMPUS 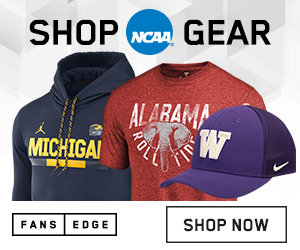 <div class="at-above-post addthis_tool" data-url="https://inthegymrange.com/coming-soon-to-inthegymrange-com-may-29-2016/"></div>COMING SOON TO Hello basketball fans. We want to inform you of what is coming soon to our website. MONDAY, MAY 30 HIGH SCHOOL ELITES: Profiles on