PLAYER SUMMARY: Murray wasn’t a player who was on many mock draft boards to start off the college season. However, a lot has changed since the end of November.

Murray is a combo guard with an excellent handle. His versatility stands out when watching him on film. Murray is real shifty with and without the ball. The versatility that he shows by playing the PG/SG enhances his value when the NBA comes calling. He is at his best when he is in the open court, where his athletic ability and passing are on full display. Not surprisingly, Murray is a good rebounder for his position and at 6’5″ has the luxury of seeing over defenders.

Murray is an average shooter who shows good form. In order to keep defenses honest his jump-shot and 3-point shooting must improve. I am a little skeptical about Murray holding up when he gets to the NBA. He is listed at 170 pounds and that might be generous. In order to handle the rigors of the NBA he needs to gain at least 15-20 pounds to match up with NBA players. Murray likes to score more than facilitate, which leads me to believe he might end up playing more shooting guard at the next level.

I have been very impressed with what I have seen from Dejounte Murray. He was nowhere on anybody’s radar but is certainly on all radars now. My main question with Murray is if he can play PG at the NBA level. If he can handle the PG position it will help him tremendously come draft night. 6’5″ point guards with his skill set are rare. At worst he becomes a combo guard who I compare to a young Jamal Crawford. Dejounte Murray has a chance in time to become a very good NBA player. The weight issue is my biggest concern with him.

BELOW ARE HIGHLIGHTS OF DEJOUNTE MURRAY

How do you think Murray’s game translates to the NBA level?

Do you believe Murray can be a full-time point guard in the NBA?

Please leave your comments in the section below. 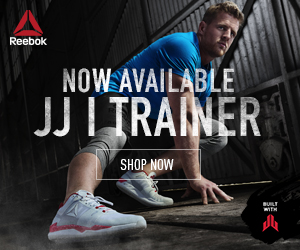 <div class="at-above-post addthis_tool" data-url="https://inthegymrange.com/a-brilliant-mind-brad-stevens-thursday-february-18-2016-2/"></div>Article written by Chris Giannotti The last second half-court bank shot bounced off the rim and nearly into the cylinder, ending one of the most improbable NCAA

<div class="at-above-post addthis_tool" data-url="https://inthegymrange.com/purchase-all-your-golden-state-warriors-championship-apparel-today/"></div>  GET YOUR WARRIORS CHAMPIONSHIP APPAREL TODAY! Congratulations to the Golden State Warriors. You can find all their championship apparel right here!   TO GET YOUR WARRIORS